Whiskey and cognac: what’s the difference

It will be difficult for a simple layman to distinguish between these two types of drink. But in reality there are quite a few differences. Here are the main ones.

Raw materials and production methods
About how whiskey is made, we have already discussed in detail earlier, but cognac, on this basis, is the opposite of living water. The main thing is that it is made by distillation of fruit juice. And with the same aging time, it costs more than whiskey (this does not apply to global brands), because the production process is longer and more complicated.

Production region
Whiskey is made all over the world and on almost every continent. The geography of production is large, as already mentioned earlier. And with cognac, everything is much more complicated. A drink called cognac can only be produced in France (we are talking about a real, elite drink), and the state is very vigilant about the quality of its products. 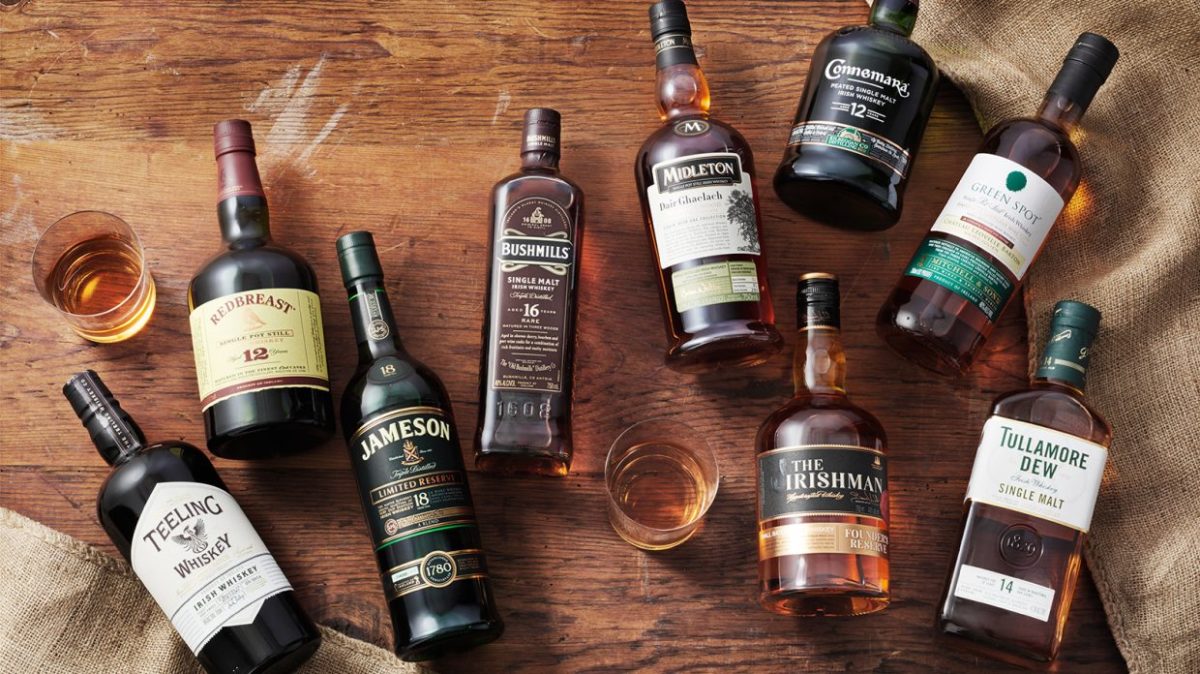 Fortress
As already mentioned, the French care very much about the quality of their cognac. Surprisingly, at the legislative level in France, the sale of brandy with a strength of less than 40% is prohibited. But basically real cognac reaches 41-42% and is considered the best in the world. Whiskey is not so picky: the strength of this drink can be from 40 to 50%, and some types of live water reach 70%.

Taste
This is a very subjective indicator, because all people have different preferences and choose a drink to their taste. Most connoisseurs of spirits believe that cognac has a richer taste and aroma, but people’s preferences and sensations may vary.

Its final composition largely depends on the distilled raw material and can be qualitatively different. After all, fermented wort can be from barley malt, or from corn, rye or wheat.

Therefore, each distillate, even before being placed in a barrel, differs in chemical composition and may have its own compounds in the form of aldehydes, phenols, lactones, nitrogen-containing and esters that form its final taste.

Further, the taste and chemical components of the product are adjusted by its long-term maturation in wooden barrels, while observing its individual subtleties for a particular brand of drink.

This is due to the reaction of subtraction through the tree of caustic sulfur compounds, as well as reactions of interaction and addition, forming esters, which will be the aromatic basis of the maturing distillate.

At the same time, in many industries it is customary to burn barrels from the inside to increase the lactones in it and enhance the fruit component in the taste. Many other manufacturers of famous brands add caramel to it, keep the product in barrels used to infuse rum or fortified wines.

Any alcoholic drink that has healing properties is harmful if drunk in unlimited quantities. The following are the benefits of whiskey. But it is worth remembering: the allowable norm of a strong alcoholic drink is no more than 50 g per day.

Whiskey is low in carbohydrates, and therefore it can be consumed by people with diabetes. But it is better to drink it in its pure form.

Drinking whiskey stimulates neurons in the brain. This drink has a good effect on the work of the heart muscle. There is even an opinion that it cleanses the body and removes cholesterol, and it should be consumed in small portions with varicose veins and thrombosis.

Whiskey contains antioxidants needed by the body. It is believed that this drink can be considered as a prophylactic of cardiovascular ailments. High-quality whiskey contains iodine, various salts, and therefore it improves the functioning of the thyroid gland. And, of course, the drink relieves stress, tension.

It is rather strange to talk about the benefits of whiskey or any other alcoholic drink. However, this topic is often indulged with particular passion. They say that drinking bourbon or scotch cures terrible ailments, including cancer. There is a misconception that regular consumption of it will prevent Alzheimer’s disease.

Of course, whiskey cannot cure cancer. However, drinks containing antioxidants, including scotch, can be considered as a prophylactic. Some researchers argue that single malt whiskey is healthier than red wine and should be consumed by those undergoing chemotherapy.

Whiskey is not a drug and not a prophylactic. If you plan to use it for medicinal purposes, consult your doctor. The doctor is likely to dispel misconceptions and recommend a specific drug or lifestyle change.

The benefits and harms of whiskey for men are as follows: it improves the functioning of the cardiovascular system, while excessive use of this drink can cause a heart attack. The safe dose is 30 grams per day. Only in such portions can it be useful. But you can hardly find a man, an avid whiskey lover, who is able to limit himself to 30 grams of scotch.