Whiskey is a strong aromatic alcoholic beverage obtained from various types of grain using the processes of malting, distillation and long-term aging in oak barrels. In the manufacture of whiskey, barley, rye, wheat or corn can be used. The alcohol content is usually 32-50% vol., however, some whiskeys have a high strength (up to 60% vol.). The color of the drink varies from light yellow to brown; sugar content – zero or extremely low. The traditional whiskey-producing regions are Scotland and Ireland.

Today, when talking about whiskey, it is usually divided into Scottish, Irish and “the rest” – American, Canadian, Japanese. Whiskey is a national pride of the Scots, in addition, the export of scotch brings in more than two billion pounds sterling to the British treasury annually. Scotch whiskey is divided into single malt whiskey, pure malt whiskey, and blended (blended) whiskey, a mixture of malt whiskeys made at different distilleries and grain whiskeys (usually used to make it cheaper). Blending allows you to neutralize the sometimes too heavy or harsh tone of the malt components and get new interesting flavor combinations. 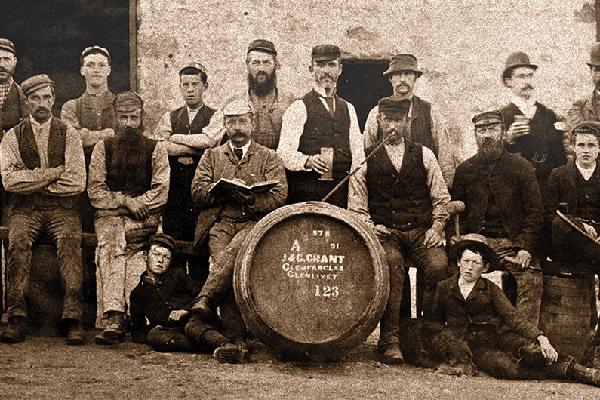 The history of the drink

The right to be called the birthplace of whiskey is traditionally contested by Scotland and Ireland. The history of the beginning of whiskey production is lost in the mists of time, and these two countries are always arguing over who owns the palm. The art of distillation is believed to have been brought to Scotland by Christian missionaries, who in turn learned it from the Crusaders who brought distillation from the Middle East.

The Scots changed the process by replacing the grapes with barley and called the resulting drink the water of life (uisge beatha). This drink, due to its unpronounceability, gradually changed its names: uisge – uisce – fuisce – uiskie and, finally, whiskey. Despite this, the Irish claim that whiskey is the invention of Saint Patrick, the patron saint of Ireland.

As soon as he stepped onto the shore of the Green Island, he immediately began two charitable deeds: to produce “holy water” and convert the pagans to the true faith. Enes Coffey, an Irishman who perfected the alembic in 1830 (the first installation was built by a Scot – Robert Stein) is not forgotten here.

The first whiskey producers were the monasteries of Scotland. The monks used the simplest distillation apparatus, which produced a modest amount of products. However, a lot of it was not required – the drink was used exclusively as a medicine.

But soon the technology went beyond the monastery walls and spread to the farming environment. Scottish peasants, who lived off pastoralism and cultivated barren land in harsh conditions, quickly saw whiskey as a powerful source of additional income. In the 16th and 17th centuries, whiskey was produced only in Scotland. Although the extract was used extremely rarely, they drank the product obtained directly from the outlet of the distillation cube. The raw material was usually barley, although rye and even oats were also used.

Sometimes the drink was distilled several times, thanks to which its strength grew. Gradually, whiskey became a real “national” drink in Scotland. In 1579, the Scottish Parliament passed a law allowing the production of the drink only to the nobility and nobility.

However, this did not bother local farmers much, the amount of whiskey now produced underground did not decrease. In 1644, an excise tax was introduced for the first time on the production of this strong drink. Realizing the futility of the restrictions, the British government introduced a monopoly on the production of whiskey. The authorities gave official permission for the production of only 8 large distilleries, which, with the help of British soldiers, ousted medium-sized producers from the market. whiskey production grain tableware 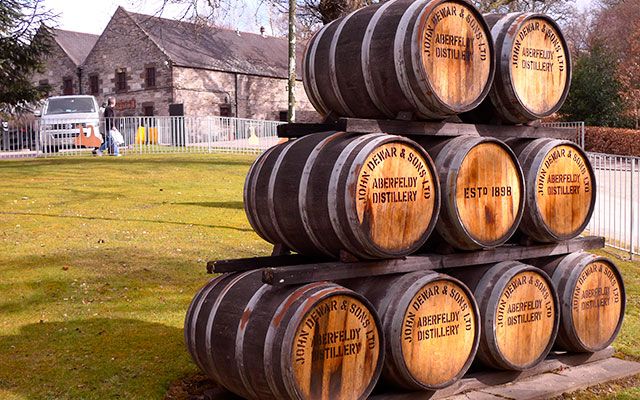 Small ones moved to the countryside – away from large cities with soldiers, closer to mountain sources of water and raw materials. The qualitative difference between the mass production of large factories and the unique whiskeys of small underground distilleries was constantly increasing, and not in favor of the former. In addition, the popularity of the drink grew rapidly, and official factories could not provide the required amount.

In 1822, the British took a step towards producers, legalizing many new distilleries and reducing taxes on production. In the second half of the 19th century, after the introduction of the Coffey installation, the distilleries were able to significantly increase the volume of output, and the production of whiskey got on an industrial footing. It was an extremely difficult time for whiskey. The first major whiskey-only firms appeared, and the mixing of several different brands of the drink became widespread, which together supposedly gave new unique flavors and unique sensations.

True, at the same time, production volumes increased sharply, and whiskey entered the world market. At that time, the foundations of many large manufacturers were laid, but at the same time, the word “whiskey” was legally allowed to call three-year-old spirits, and companies (in an effort to reduce costs) began to actively use wheat and corn instead of barley (only slightly “ennobling” these mixtures with malt whiskey).