Whiskey White Horse has been produced since 1891, when the name was registered. However, on the label of the bottle you will see the inscription 1742, this is the year the tavern was founded, owned by the Mackey family, who then began to produce their own scotch. It consists of 70% grain whiskey and 30% malt.

Whiskey Chivas Regal first appeared on store shelves in 1801, when two brothers, James and John Chivas, having failed to find an alcoholic drink of the right quality for their delicatessen shop, decided to create their own reference whiskey. It is distinguished by a very mild taste, unusual for Scottish scotch.

Whiskey Glenfiddich is famous for the fact that this whiskey was first released exactly on Christmas night in 1887 and instantly became popular. Interestingly, from the day the first distillery was founded to our time, the trademark and production are owned by the Grant family. Whiskey itself is rightfully considered the most popular single malt. 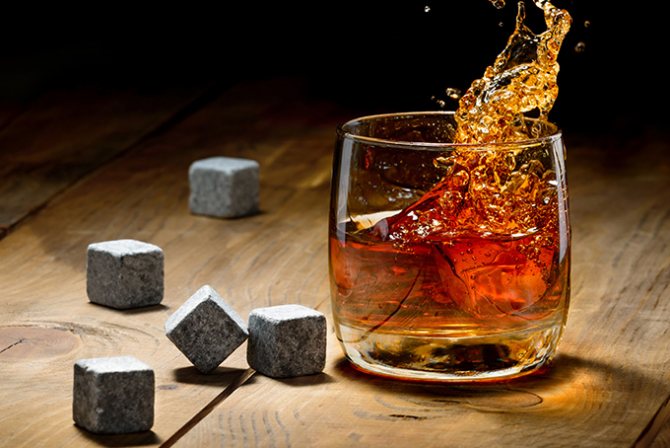 Whiskey Johnnie Walker is rightfully considered one of the most popular whiskey producers in the world. Its history goes back to the second half of the nineteenth century, when the father and son Walkers decided to sell Old Highland blended whiskey under their own brand, which in 1901 became known as we know it now.

Whiskey Jack Daniels is one of the recognized American whiskey brands. Interestingly, its founder, Jack Daniel, while still a teenager, became the owner of his first distillery. Thanks to a unique production technology, he managed to get a whiskey with a smoky flavor and a very mild taste.

Whiskey Jim Beam has a very long and glorious history. For the first time, this bourbon was talked about back in 1795, after the sale of the first barrel of the drink by Jacob Beam. Until the middle of the twentieth century, the production was managed by the Beam family.

Whiskey Tullamore dew is considered the legend of Ireland. According to many experts, this is the best whiskey produced in this country. The founder of the first distillery, Daniel E. Williams, has made a huge contribution to the development and establishment of Irish whiskey as an international product.

Jameson whiskey is the best selling Irish whiskey in the world. It accounts for more than half of sales. Back in 1780, John Jameson’s & Son Dublin Distiller appeared, which had a significant impact on the entire Irish alcoholic beverage market. This brand experienced its real heyday at the end of the nineteenth century, when it managed to occupy 10% of the US market.

It is worth mentioning the dishes for whiskey. Considering that grain whiskey is practically devoid of aroma, the glass has a small diameter and allows you to concentrate on the taste of the drink;

Malt (single malt) whiskey is based on barley malt, which has a pronounced aroma, so the glass is much wider, and the narrowing of the top allows the aroma to be concentrated for better perception;

The bourbon glass has a large top diameter. This is due to the fact that the basis for the production of bourbon is corn, which gives the drink an original flavor. The wide top provides a strong dispersion of alcohol vapors and does not allow them to “hit” the drinker’s nose with them.