How to choose the right whiskey

Whiskey is a drink that has such a rich, long history. Thanks to its bright taste and unforgettable aroma, it has gained recognition among hundreds of thousands of people. Now whiskey is associated not only with a man’s iron grip, but also with a soft leather armchair, a crystal glass, an expensive cigar and other attributes of a wealthy life.

But in order to get real pleasure from this drink, you first need to make the right choice. Unfortunately, modern realities are such that you can often encounter the dishonesty of manufacturers or even counterfeit products.

Seven basic tips will help you distinguish quality whiskey from a fake.

Council the first. Among the varieties of whiskey intended for a wide range of buyers, you can find the following:

If you see a different designation, do not rush to purchase such a drink. Most likely, this is just a semblance of real whiskey. 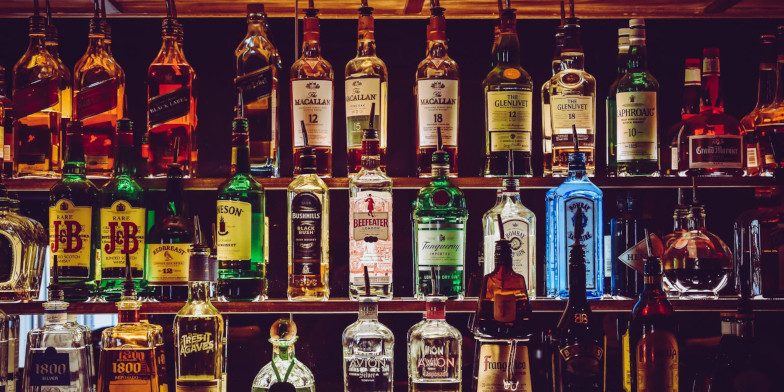 Tip two: pay attention to how the bottle looks. A sloppily applied label or the absence of a special stamp is a sure sign that the product is counterfeit.

Tip three: do not be lazy and study the composition of the drink. If ethyl alcohol is listed among the ingredients, as well as flavors, dyes or other additives, then this is one hundred percent evidence of a fake.

Tip four: visually evaluate the contents of the bottle. The color of whiskey can vary from light yellow to deep brown, depending on the variety and aging time. But it must certainly be transparent – without any impurities, foreign particles or sediment.

Tip five. Good whiskey has a viscous consistency. If you turn the bottle over, it should fall down, as if merging into one big drop. Otherwise, there is a possibility of insufficient aging of the drink or a fake.

Tip six. A distinctive feature of real whiskey is a slightly sweet malt aroma. It may have hints of vanilla, smoke, or oak barrels, but never the harsh smell of alcohol. In the latter case, it is better not to try the drink.

Tip seven: When you sip quality whiskey, you will feel a rich aftertaste. It is especially pronounced if you do not take a sip immediately, but hold it a little and, as it were, roll it in your mouth. A fake drink has no aftertaste at all or, even worse, it has a pronounced alcohol tinge.

There are over 5,000 types of single malt whiskey.

Can the name of this drink be written on the bottle with or without an “e”? And both spellings will be correct: “whisky” and “whiskey”. In Scotland they write without “e”, in Ireland – with “e”. In the USA, Canada and Japan, both norms have taken root. Pay attention to this interesting feature when you choose one or another whisky.

Whiskey is allowed to wear this proud name “whiskey” only after it has matured in oak barrels for at least 3 years.

Mixed whiskey is the whiskey that consists of a mixture of grain whiskey with several malt whiskeys.

Single malt whiskey is made from one type of grain. 90 percent of the single malt whiskey in the world comes from Scotland.

Experts recommend drinking whiskey neat or slightly diluted with water at room temperature. And this is not a whim or a tribute to fashion. It’s all about the maturation processes that took place in oak barrels for 10-15 years. If you mix whiskey with ice or with any other drink, all the aroma of the oak barrel and the result of the delicate maturation process will go down the drain.

Bottled whiskey stops aging. It matures only in barrels, and in bottles it simply retains its taste and aroma. If the bottle says that the whiskey is 10 years old, this means that the whiskey has been aged for at least 10 years in oak barrels.

An unopened bottle of whiskey can be stored for over 100 years and will remain as tasty and usable as if the whiskey had been bottled a month ago. As soon as the bottle is opened, its shelf life should not exceed 5 years, but this is provided that at least half of the contents remain in the bottle.

Macallan 1926 is considered the most expensive whiskey. There are only 40 bottles left from other manufacturers, which are more than 60 years old. The price per bottle is 62 thousand dollars.